What Should You Expect from a Search Engine? was originally published on BruceClay.com, home of expert search engine optimization tips.

Maybe the question is, why should you expect anything? 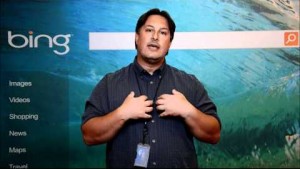 The truth is, inside an engine is a busy place. I spent nearly six years representing a search engine to the SEO industry and I can tell you that, contrary to many search engine optimization conspiracy theories, neither Bing nor Google have designs on harming businesses. Both do have profit motives, however, just like you do.

Updates happen because … pause for drum roll … something undesirable is happening!

Research suggests that WordPress powers about 25 percent of the World Wide Web’s sites. More websites use WordPress, but of those using it, they are not “higher traffic” sites. OK, that makes sense — WordPress powers blogs mostly, we can loosely infer.

Let’s say, for example, someone made a WordPress plugin that managed ads across one quarter of the Internet. And that WordPress plugin placed the ads above the content on a page. Obviously, on an individual level, this is a recipe for increased revenue. But taken across the entirety of the user base, if even a fraction of WordPress sites adopt the plugin, it results in a disturbing trend.

If the engine is judged by users on the quality of the experience the user sees after clicking through on a result, then this places the engine in a difficult position. Do you police for quality or do you “throw it over the fence” and declare it not your problem?

But see, it is the engine’s problem.

Google faces ever-growing competition. Competition that’s gaining, albeit slowly, and in some ways seeking to change the game. Bing faces a similar problem on the other side of the coin — satisfying searchers enough to convert them.

In either case, the common ground is making searchers happy.

Reread that, as it’s a critical and often-forgotten point. The engines do not exist to satisfy a business. They exist to satisfy searchers. More subtly, they exist to develop revenue, to source data, and to feed that data into inter-related systems across the companies operating them.

When Do Search Engines Make Updates?

So when someone builds a popular plugin for WordPress, again, and it shows a trend that goes against the goal of happy searchers, the engines take an action. In this example, Google gave us the Page Layout Algorithm back in 2012. On Bing’s side of the graph, while the updates aren’t named or publicized, they happen. Indeed, they happen frequently. So frequently, in fact, that it simply doesn’t make sense to announce everything.

It’s important to note here that, in many cases, updates are not “to fix something that’s broken.”

Updates are a move from one state to a more advanced state. 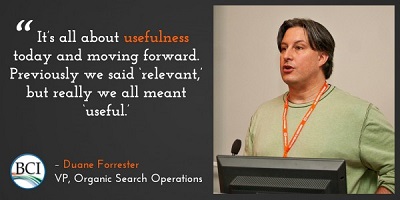 Maybe that’s a matter of perspective, but if you’re still asking me today about links, I’d say your perspective is wrong. Things change over time, and with thousands of smart people seeking to improve a product daily, things tend to keep moving. At the scale those projects work at, it can take time to manifest, but I’ve seen first-hand the changes at Bing.

If you think of Google as being a highway, every now and then you encounter a speed bump. It can be jarring. Everything is smooth, then suddenly WHAM! you hit an update. Bing, on the other hand, takes a different approach. The road surface at Bing is slightly less smooth overall, but once you’re up to speed, you don’t notice the slight surface irregularities. It feels smoother. Doesn’t mean things aren’t going on, just that your perception is it’s smoother.

This can help explain why ranking is harder in Bing at times, and more stable in the long run. And on that note, let the corrective comments, refuting examples and hate email start! I’m certain there are more than a few examples to rebut what I just suggested. But again, scale. When looked at not just across the sample set that even the biggest agency works with, the actual scale the engine operates at is enormously larger. In that context — the context of the engines — the statement makes sense.

How Do Engines Feel about SEO?

Does this all mean the engines dislike SEOs, their tactics and businesses doing this work?

Nope. They readily recognize the improvements made by the work. The flip side is that the engines have to protect against gaming. This is why engines always take an arms-length approach.

The job of representing a search engine to the industry is not an easy one. I know. I was that face for Bing for about six years. Matt, Gary, John, Maile, now Christi Olson at Bing have all had to balance carefully. As individuals, all are approachable, helpful and knowledgeable. But that doesn’t mean any of us can give away secrets, or share things the engine wants kept secret. This is obvious, yet countless times at conferences the impossible is asked for, then derision heaped on socially when answers are not forthcoming. 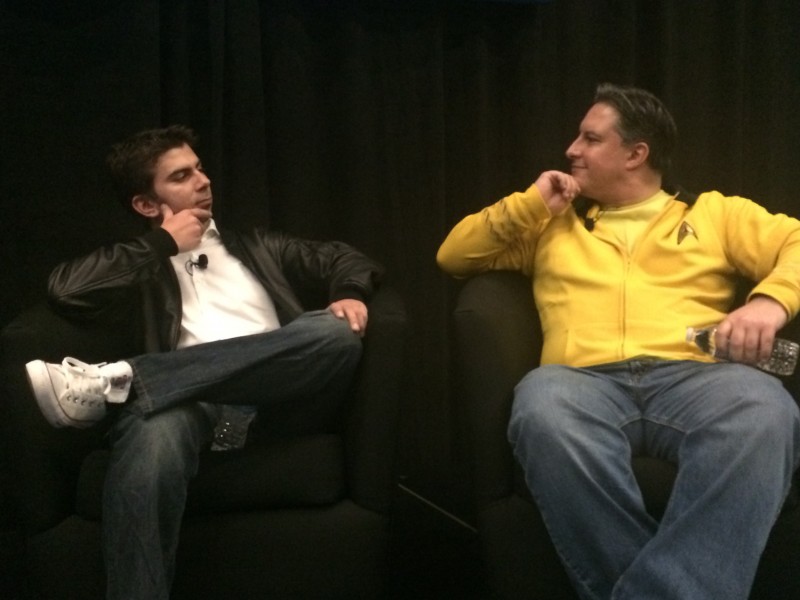 As a representative of Bing to the SEO industry, Duane Forrester (right) answered questions posed by SEOs on stage with Google Webmaster Trends Analyst Gary Illyes (left) at SMX West 2015.

The reality in some cases is that due to the structure of the product, it’s completely conceivable the person you’re speaking to may not have access to the information, or that something changed since the last time they connected internally on the topic. Bing has a few thousand employees working on search. Google has, what, maybe 20,000 applied to search in some degree? I grew up in a city of 30,000 people, so asking me to know all the information and be current is like asking me to know the details on two-thirds of a city. Unrealistic. Even at Bing’s smaller scale, it’s an unrealistic expectation.

The bottom line here is there will always exist a push/pull reality. Engines want the improvements that optimization brings to a product, but they cannot be trusting to the point where results suffer. And in a space where searchers are growing ever savvier, ever clearer about expected results, it might seem like changes being made are punitive to businesses. But the reality is they are designed to appeal to searchers.

How Can Businesses Appeal to Search Engines?

Now, what might happen if your efforts were all geared towards improving the users’ experience, meeting their expectations and providing the highest quality result for their need? Do you think that might be something the engine would want to showcase?

So what should you expect from a search engine?

Exactly what they’ve given us for years. A lack of in-depth answers in some instances, rapid change and advancement, a searcher-first mentality, and a drive for revenue. We all know these are the ground rules. So why is it so hard for businesses to adapt?

There’s a better approach for businesses to take when it comes to SEO and rankings.